So Sheldon Richardson decided to share his sentiments about the Jets game against the Dolphins last night on Rontez Miles’ snapchat. This is in the locker room before the game:

Sheldon Richardson pregame on snapchat: "Where the hoes at, f*** this game" – 👀 pic.twitter.com/T1L8hLAh4i

So let me make things clear to start, I 100% agree with both of Sheldon Richardson’s statements. “Fuck this game” and “where the hoes at?” were my exact thoughts on Saturday night. The only difference between me and Sheldon Richardson is I’m not being paid 2 million dollars this year to care about that game, and not where hoes may or may not be at.

Sheldon Richardson has squeezed by the last four years having talent that just barely outweighs his terrible attitude and off the field issues. He’s been suspended by the NFL for marijuana use and evading arrest, and was suspended for a quarter by the team earlier this season for missing a team meeting. His negative attitude and declining production on the field has led to the Jets trying to trade him away all year and they will try again this offseason. That being said the most emotionless coach in the NFL, Todd Bowles, needs to suspend Sheldon Richardson for week 16 AT LEAST and probably week 17 as well.

In his defense, I can hardly blame Sheldon for not giving a shit, because nobody seems to give less of a shit than Todd Bowles. There’s nothing worse than when the Jets are down 100 points and then the camera pans to Bowles and he has that little smirk on his face like he’s thinking about where the hoes will be at after the game. 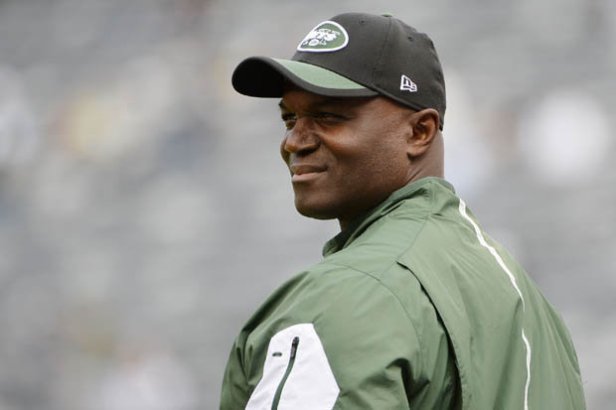 For those lucky enough to have not watched the Jets this year that is Todd’s face no matter what is happening in the game. Now I was in no way a fan of Rex Ryan as the Jets head coach, but if anyone ever showed the lack of effort Richardson and other Jets have this year, Rex either would have lit a fire under their ass or they would have been put straight on the bench. Bowles basically encourages behavior like Richardson’s. So Todd has to change the culture in the locker room, starting with making an example out of Sheldon Richardson. And if he doesn’t, he needs to be fired. Actually, do both. Fire Bowles, suspend Richardson for the rest of the season, and cut or trade anybody who isn’t willing to buy into a new culture in New York.

There’s no doubt the team needs a major talent upgrade but nothing is gonna change until the culture does.