So, last time I talked golf on here I threw out a few picks for The Masters and also said I (and you) would regret it for the rest of my life if I didn’t bet Tiger to win. Well, it turns out this happened. 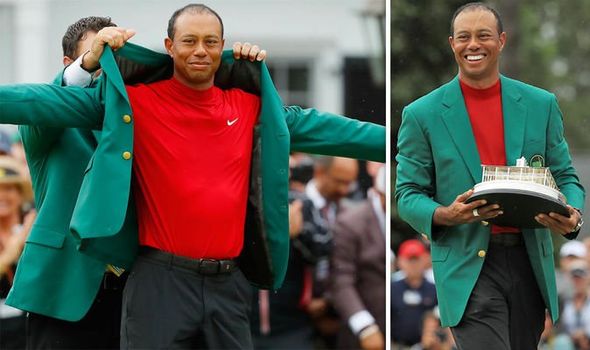 The greatest to ever swing a golf club did not disappoint and he not only cashed a future for us but he also gave us the greatest Sunday of golf I’ve seen in years. How incredible was this performance, you ask?

A month after his come-from-behind rally to win his fifth Masters, Tiger Woods received the Presidential Medal of Freedom https://t.co/wrQjx9iWGK

Well, all we can hope for is the PGA even comes within a mile of that Masters. It’s hard for any tournament to match the magic of Tiger in red on a Sunday at Augusta, but Bethpage is an awesome course. Let’s get to the picks.

I gave a few picks for The Masters because I thought it was a much more wide open tournament. This week I think these two guys have far and away the best chance and I’m putting 3 units on both of them.

Brooks Koepka +1000- Brooks is the defending PGA champ and he has a history of defending his major titles. At Bethpage it helps to bomb the ball and strike the ball as well as Brooks does. He was a couple missed putts away from a green jacket at Augusta and I think he pounces at the PGA

Dustin Johnson +1000- DJ is another guy who is well suited to perform at Bethpage. He’s going to hit the ball a mile and if he can just keep his short game in check he will be there on Sunday. He didn’t have his best stuff at Augusta and still made a late push to finish T-2. Him and Brooks in the final pairing on Sunday would be a dream finish to this event.

These are three players that always come up in big spots and are around the top of the leaderboards in majors. I think if they play a perfect week they could come out on top at the PGA. I’m putting one unit on each guy.

Xander Schauffele +3300- Another guy who played really well at Augusta and doesn’t seem to be afraid of the big stage. A lot of guys around the game say he works harder and puts more time in than anybody else on tour. I think he’ll be ready to go this weekend with good value.

Hideki Matsuyama +4500- I honestly can’t remember the last time I didn’t bet Hideki at a major. There’s something about the guy. Despite his subpar (or not) performance at Augusta, I’m keeping the faith in Hideki.

Bryson DeChambeau +4000- Bryson is strictly a value play. At the beginning of the year, he was playing better than anybody on tour so we know he’s capable. This number really stuck out to me as value you can’t pass up.

I always like to throw a tiny hit on a random guy just in case he’s the next Danny Willett and I can claim that I’m a genius.

Corey Conners +25000- Corey is an awesome story. He made the Valero Texas Open in a qualifying match playoff, then won the damn tournament to qualify for The Masters and went on to make the cut at Augusta. His game obviously doesn’t match up to these other guys but I believe in miracles. Take the loose change out of your couch and give Corey a shot.

I’m going to be blogging a lot more over the next few weeks so if you’re reading this thank you and get ready for a lot more! BOL everyone and enjoy another awesome major!